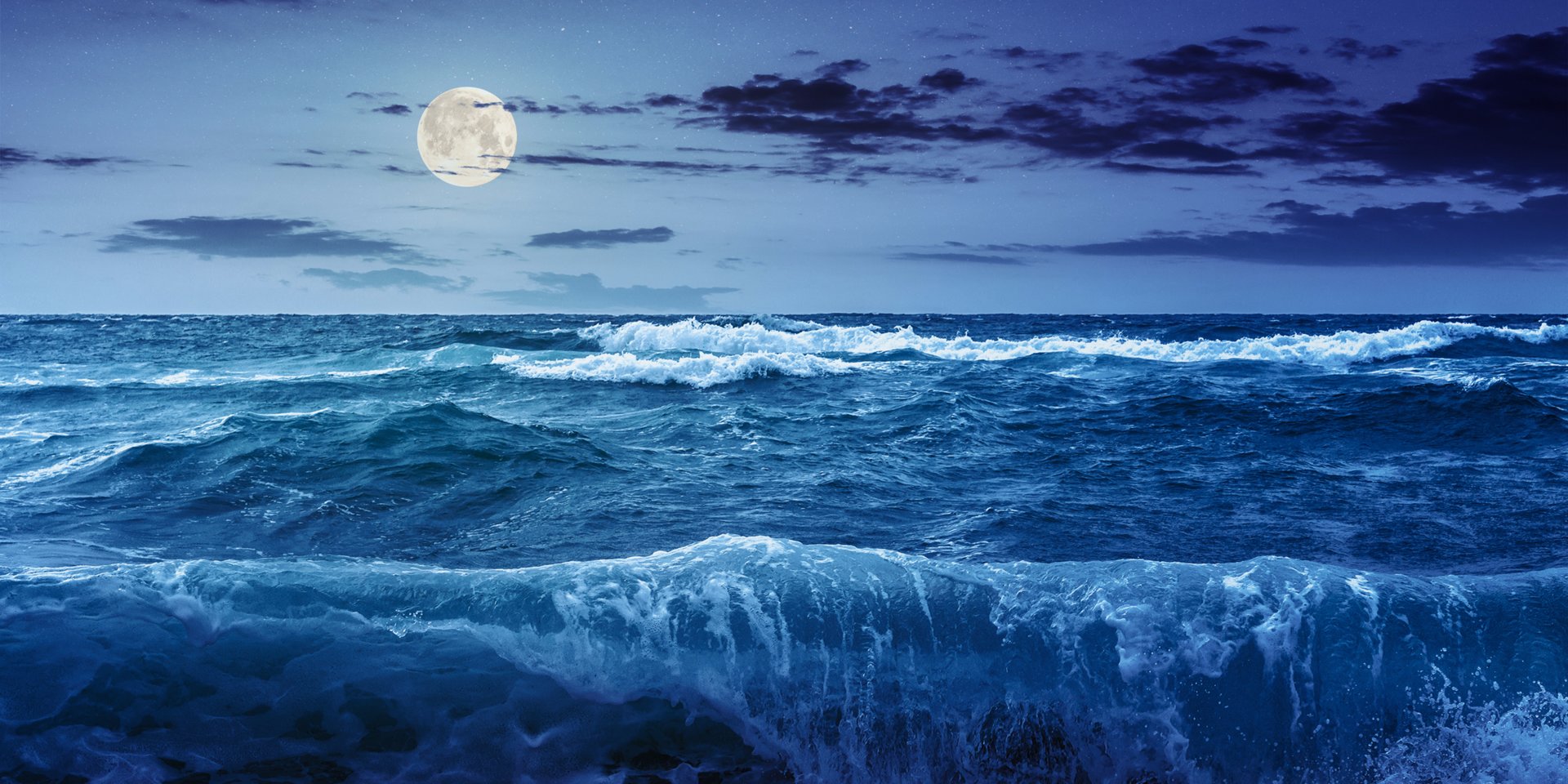 The tides of the world’s oceans and seas are caused by the gravitational pull of the Sun and the Moon, which creates bulges of water in the oceans. As these bulges move around the planet they run into land, causing the sea level to rise and fall. So the most important factors in predicting the tides are the position of the sun and the moon. The moon has the greatest effect on our tides as it is so much closer to us, resulting in more than twice the effect on our tides than the sun has.

The side of the Earth facing the moon will have a tidal bulge called the direct bulge, while on the other side of the planet, the ocean will also be bulging, This is called the opposite tide, and it happens because the inertial force of the Earth exceeds the gravitational force of the moon at this location. High tides occur simultaneously on opposite sides of the planet.

A day on Earth is denoted by the time it takes for the Earth to revolve on its axis, 24 hours. But because the moon is travelling in the same direction as the Earth is spinning, the moon will have moved further along its own path, so it takes an additional 50 minutes for the Earth to spin on its axis once in relation to the moon. This means that in a 24 hour and 50 minute period, there will be two high tides at any given location.

At the new moon, both the moon and sun will be pulling on the oceans in the same direction, this extra pull increases the height of the direct high tide. At the full moon, the moon will be on the opposite side of the Earth to the sun, so the sun will be pulling on the opposite high tide, increasing its size. These tides are known as spring tides. Not because of anything to do with the season of spring, but rather because the tide seems to jump, leap, or spring. If a spring tide coincides with either the spring or autumn equinox, this is known as an equinoctial spring tide, and will be the biggest tide of the year as at the equinoxes the sun is aligned with the Earth’s equator.

A Neap tide (from Anglo-Saxon, meaning “without power”) occurs when the Moon is at either the first or last quarter. At this time the gravitational force of the sun and moon counteract each other, resulting in the smallest tidal range between high and low tide.

Because we have two high tides and two low tides within a 24 hour and 50 minute period, we know that each tide lasts for about 6 hours and 12.5 minutes. But in this time the progression between the lowest and highest points is not linear. Sailors, fishermen, surfers, and others that need to predict the tides use what is know the rule of 12ths.

This knowledge is only the beginning of understanding your local tides though, as there are many other factors that affect the tides at a local level, such as the contours of the seabed. This is especially important in bays where the rising tide can be funnelled into narrow channels, producing big swings in water levels. And not everywhere on Earth experiences two tides a day. For instance the coastline of the Gulf of Mexico only experiences one tide per day.

Weather conditions such as winds and air pressure can affect the water levels too. During a storm the seal level often increases, which is known as a storm tide. Strong off shore winds can move water away from the coast, exaggerating the low tide, while onshore winds can pull water into the coastline making the low tide higher than normal. High pressure weather systems can lead to exceptionally low tides too, while low pressure systems can contribute to higher than normal tides.

The peak of high tide occurs when the moon is directly above or below the position on Earth where you are measuring the tide.