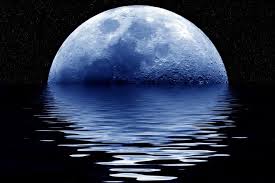 In the era of fake news, misinformation and the dangers it can pose, it may seem a little trivial to try and clear up confusion around astronomical questions. Yet here we are seeing yet another misunderstanding spreading across social media and I can’t resist. I am of course talking about the upcoming Blue Moon of October 31st 2020. The problem is, it is not really a Blue Moon at all!

Understanding Blue Moons and their New Moon counterparts has been integral to comprehending the Metonic Cycle on which the Druidcraft Calendar is based. The new moon equivalent to a Blue Moon is the 13th moon in a leap year. Blue Moons, leap months and the Metonic Cycle are all intimately connected, and so I have written about Blue Moons before.

Moon Names around the world and the importance of Blue Moons

In addition, on the Calendar page all of the Blue Moons in the current cycle are calculated and listed:

You can also use my Metonic sequence diagram generator for a more visual representation:

So What is the issue? What is the Blue Moon confusion and why is the 31st of October 2020 a “Christian Blue Moon”?

As you can see in the diagram above, between each orange dot (a solstice or equinox) there are normally 3 full moons. Roughly every two and a half years you get 4 full moons in-between a solstice or equinox. When this happens the 3rd (some sources say 2nd) Full Moon in the season is known as a Blue Moon. The important thing to understand is that this is an astronomical calculation between the timings of the Moon and the Sun. It has nothing to do with the Gregorian Calendar.

The “new” way to “calculate” a Blue Moon is when you get 2 full moons in a calendar month, the second one is known as a blue moon. It all started in the 1940s in Sky & Telescope Magazine and although it was a mistake, it has been perpetuated ever since. This Sky & Telescope article explains how they accidentally caused the confusion. Here is the relevant section quoted verbatim:

During the period 1932 to 1957, under the editorship of Henry Porter Trefethen (1887-1957), the Maine Farmers’ Almanac consistently listed Blue Moons derived from the convoluted seasonal rule just described. So where did the modern convention — that a Blue Moon is the second full Moon in a calendar month — come from? Sky & Telescope has, and is, the answer!

Laurence J. Lafleur (1907-66) of Antioch College, Ohio, discussed Blue Moons in a question-and-answer column in Sky & Telescope, July 1943, page 17, citing the 1937 Maine Farmers’ Almanac as his source. It is clear that Lafleur had a copy of the almanac at his side as he wrote, since he quoted word for word the commentary on the August 1937 calendar page. This commentary notes that the Moon occasionally “comes full thirteen times in a year,” but Lafleur did not judge whether this referred to a tropical year or a calendar year. More important, he did not mention the specific dates of any Blue Moons and never said anything about two full Moons in one calendar month.

Some three years later, in March 1946, an article entitled “Once in a Blue Moon” appeared in Sky & Telescope (page 3). Its author, James Hugh Pruett (1886-1955), was an amateur astronomer living in Eugene, Oregon, and a frequent contributor to Sky & Telescope. Pruett wrote on a variety of topics, especially fireball meteors. In his article on Blue Moons, he mentioned the 1937 Maine almanac and repeated some of Lafleur’s earlier comments. Then he went on to say, “Seven times in 19 years there were — and still are — 13 full moons in a year. This gives 11 months with one full moon each and one with two. This second in a month, so I interpret it, was called Blue Moon.”

Pruett must not have had the 1937 almanac handy, or he would have noticed that the Blue Moon fell on August 21st (obviously not the second full Moon that month) and that 1937 had only 12 full Moons. But only in retrospect is his error so obvious

Sky & Telescope adopted Pruett’s new definition, using it in a note entitled “‘Blue’ Moons in May” on page 176 of the May 1950 issue. In a bizarre twist, the data on lunar phases for this note came from none other than H. Porter Trefethen of Winthrop, Maine, editor of the very almanac Pruett misread four years earlier! But Trefethen himself never called the second full Moon in a month a Blue Moon. The “‘Blue’ Moons” headline was likely added by Sky & Telescope‘s founding editor, Charles A. Federer Jr. Federer agreed that he probably wrote that headline with Pruett’s then-recent article in mind and without consulting Trefethen.

As you can see then, this modern interpretation is simply wrong, resulting from modern confusion. And there are a number of issues with basing it on the Calendar.

An astronomical Blue Moon is special. It happens because of the timing of the Moon and Sun, and has been recognisable as something special since at least ancient Babylon.

A “calendar Blue Moon” is not special. The number of and the lengths of our months are the result of Roman politics and Catholic reforms to the Roman calendar. It is a Christian calendar, introduced by Pope Gregory XIII and has no relationship to the moon what so ever. Long ago, when a month WAS a moon, the idea of having 2 moons in a month would be nonsense! Because there are 29.5 days between full moons, and so many of our months have 31 days it can happen pretty often too.

The result is a new way of calculating Blue Moons based on the Christian calendar, arising in the Christian era, and perpetuated by Christian society. To my mind that makes it a “Christian Blue Moon”.

By contrast the study of the 13th moon has been key to calendar studies in all parts of the world for as long as we have records. It is cross cultural and based on astronomy.