All of these systems, however, are based on a linear understanding of time. In Druidry and Wicca we know that everything is cyclic, just as is our calendar. We also have the zodiac drawn around the outside of our calendar. If you are familiar with astrology, you might notice that the date the sun peg moves into a Zodiac house is not the same date traditionally used as the start of that sign. For example, Libra is traditionally from the 23rd September to the 23rd of October, however the calendar will show the sun in Libra from the 16th October to 17th November. This is because traditional western astrology uses what is known as the tropical zodiac, a way of dividing the sky into 12 houses based on the position of the ecliptic at the spring equinox. It was defined this way over 2000 years ago before Hipparchus first recorded the procession of the equinoxes, and has not taken into account the drift that has occurred since that time. As a result, it is now approximately 24 degrees out. By contrast, Verdic (Indian) astrology uses the sidereal zodiac which takes into account this drift, known as the procession of the equinoxes and more accurately represents the sky. 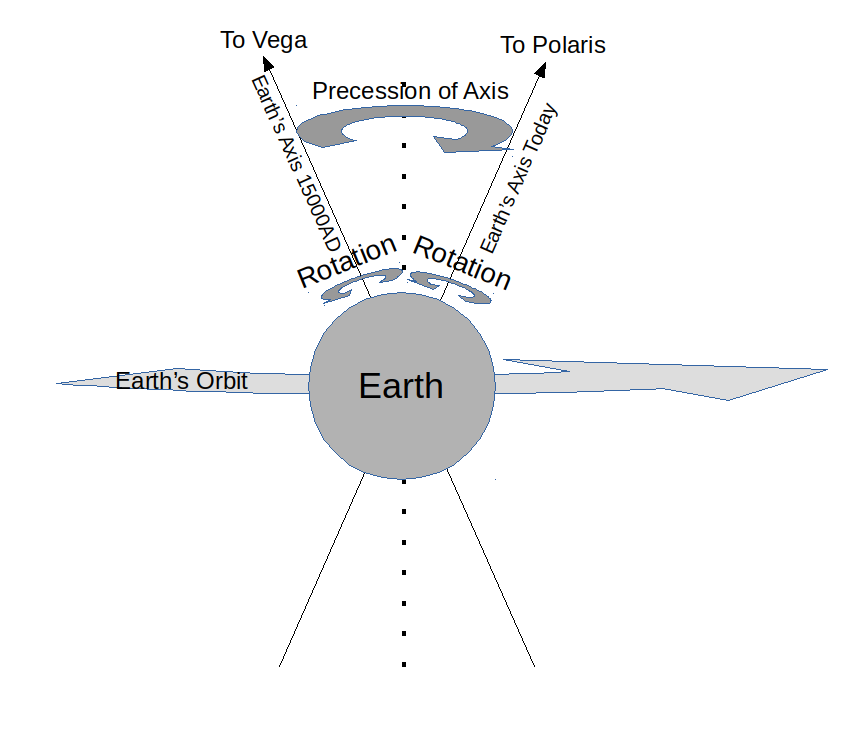 The procession of the equinoxes is the slight drift between where the sun rises on the spring equinox against the background stars from year to year. It takes 25,920 years to make a full rotation of the sky (one wobble of the earth on its axis) known as a Great or Platonic Year. It takes 2160 years to pass through each sign of the zodiac (25,920 ÷ 12 houses = 2160), known as a Great Month or an Age. In astrology it is said that we are currently in the age of Pisces because the sun rises in this house at the spring equinox, as indicated on the calendar. We entered the age of Pisces in 1BC, and we will enter the age of Aquarius in 2160. It is believed that later scholars set the date of the birth of Christ in order to align with this astronomical transition from Aries to Pisces.

The Druidcraft calendar has been created using the sidereal zodiac, but without the ability to rotate it. The speed of rotation would be the equivalent of having to move the ring one peg anti-clockwise every 24.36 Metonic cycles (462.85 years).

Taking into account this information, we can say that in 2019 we are in the 2nd year of the 106th Metonic cycle of the Age of Pisces (with 113 or 114 Metonic cycles per Age). Doing this, however, doesn’t take into account that the ages repeat every 25,920 years, so arguably you could ask which age of Pisces are we in? To answer this, we can say that modern humans (homo sapiens) have existed for around 200,000 years. Using this as a starting point, we would currently be in the third age of Pisces. That would make a full Druidcraft date for the 1st of January 2019; The 26th of Last Autumn, year 1 of the 106th cycle of the 3rd Age of Pisces. Alternately you might decide that early humans were just as much a part of our culture, and humans in general have been around for about 2 million years. That would make this the 77th Age of Pisces. Or if you prefer to go back further, the Earth is around 4.543 billion years old, which would make this the 175,270th Age of Pisces. Of course, there is a degree of error in these numbers, but they are based of the best available evidence. Regardless of where you choose your starting date, or indeed if you choose not to have a start date, the calendar remains a cyclical representation of time.

Prev: Setting up your calendar