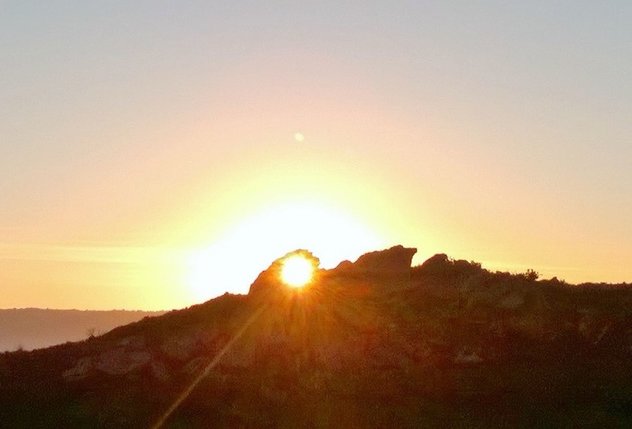 I have decided to create a series of posts about calendars throughout history. In doing so I hope to both learn more about calendars myself, and also create a repository of information for other people who might take an interest in this subject in the future. I want to say right up front that I am neither a historian, an astronomer, nor any kind of an expert on calendars. I am simply someone who took an interest in the subject one day. In this first article, I am going to cover the truly ancient calendars before I move on to the ones we have better records for such as the Egyptian, Greek and Roman calendars.

Throughout the ancient world, there is a remarkable global trend of building identical stone structures and calendars in alignment with the sun. Examples have been found in Europe, the Sahara,  North America, Australia, India, China and every other corner of the globe.

It is clear that this ancient stone age culture spread across the entire world, and monuments they left behind fascinate us to this day. In this article I will discuss just a few of the many examples of ancient calendars.

Wurdi Youang is possibly the oldest known calendar. Located in Victoria, Australia it is a roughly egg shaped arrangement of stones that aligns with the equinox and solstice sunsets, as well as having a number of other stones that may mark the rising of the sun at various times in between. 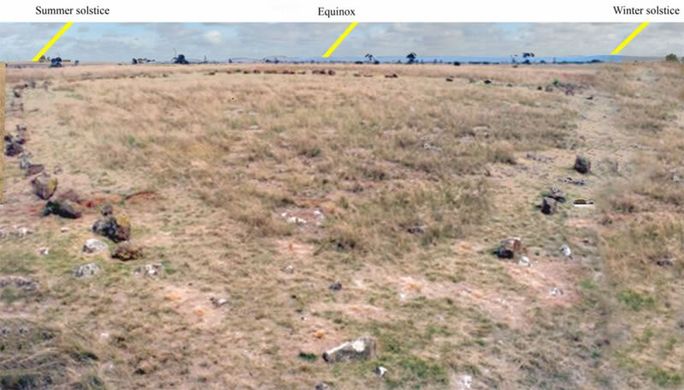 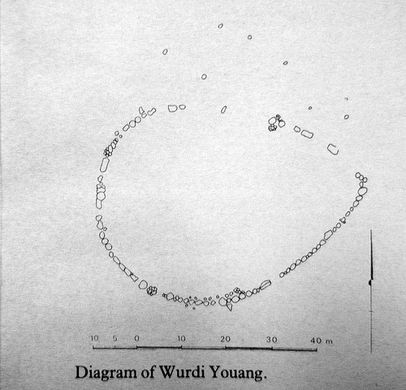 Estimates for the age of this Australian Aboriginal calendar vary from around 8000 years to 11000 years old, which would make it the oldest known solar calendar in the world.

Of course we do not know of any calendar system to count the days of a year that might be associated with this monument. Instead it is more likely that the stones simply mark important times of the year for storing food, hunting specific creatures, migrations of birds and special festivals among many possibilities. The passing of the year is marked simply by the sun’s motion along the horizon at sunset.

Near Crathes Castle in Aberdeenshire in Scotland is a possible 10000 year old calendar consisting of 12 pits believed to represent the phases of the moon. The pits align on the south side with the winter solstice sunrise in the landscape, giving the early people of Aberdeenshire a way to reconcile the lunar months with the solar year. 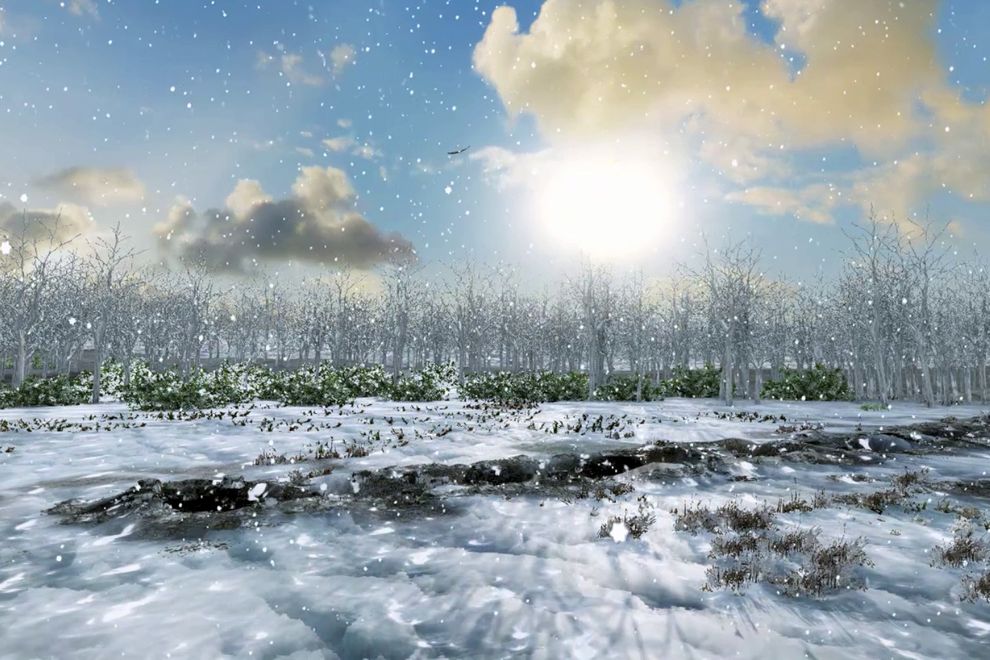 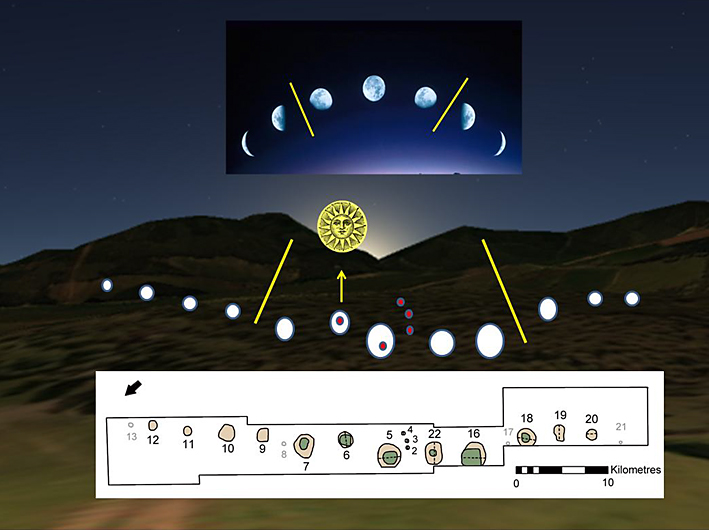 The estimated date of this site predates the flooding of Doggerland and the cutting off of the UK from the rest of continental Europe. For a settled people living in one location a seasonal calendar can be very important if you rely on the hunting of seasonally migrating animals. And having a monument that measures both the moon and sun is an important first step in calculating the relationship between the two cycles.

On the Island of Sicily there are a number rocks with holes that were hand carved around 5000 years ago. These holes, along with specific viewing positions that marked with upright stones align perfectly with the winter and summer solstice sunrises

By 5000 years ago, our ancestors were starting to get pretty good at calendars. Famous the world over, stonehenge is the most alluring of the ancient calendars we know of today. Most people know that Stonehenge has solar alignments, and that it is somehow a calendar, but not many know how. 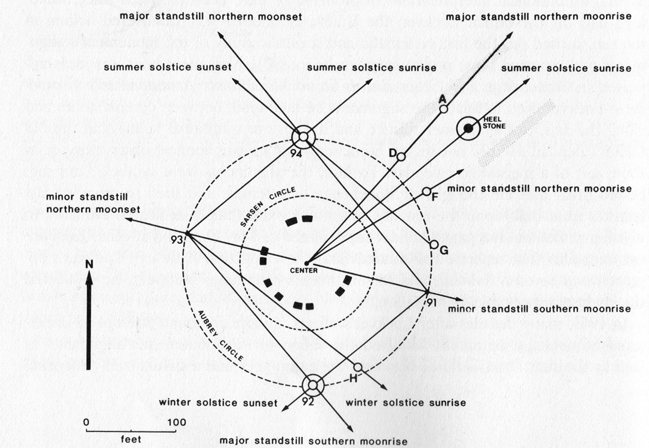 The solar and lunar alignments at stonehenge capture every major lunar and solar event. But the true calendar is to be found in the Aubrey Circle around the outside. A ring of 56 pits that surround stonehenge are theorized to have been used to contain posts that were moved each day in order to keep track of the day of the year. It is on these pits that the Druidcraft Calendar is based.

By moving these posts each day not only would you keep track of where in the year you are and what significant solar alignment might be coming up (solstices and equinoxes), but this system can also predict moon phases, solar and lunar eclipses and major and minor lunar standstills. 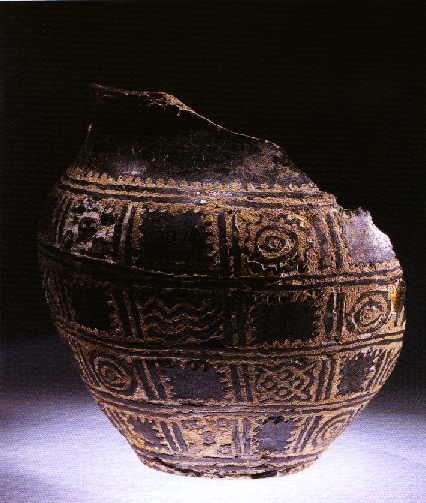 Between 4200-5000 years ago in what is now modern day Croatia, the Indo-European Vučedol culture flourished. Of the archeology discovered, one of the interesting artefacts appears to be a form of calendar dated at around 4600 years old. The artefact is a vessel that is inscribed with constellations and and seems to depict a calendar based on an Orion cycle, although it is broken and incomplete. The vessel is divided into four rows, with each one depicting a season. The bottom row is for the spring and the surviving parts depict the sun and the constellation of Orion’s belt. The second row is the summer, and has images for Pleiades, Cygnus, and Cassiopeia. The third row represents the autumn. On this row is Pleiades, Gemini, and Pegasus/Pieces. On the final winter row is the Cassiopeia symbol flipped 180 degrees as well as Pegasus/Pieces, the Pleiades, Gemini and the return of the dominant winter constellation, Orion.

It is believed that each row had 12 pictographic sections, or 12 “weeks” per season. The pictograph represented the constellation that was visible on the horizon at twilight. It is believed that Orion sank beneath the horizon on the spring equinox, and from this observation the rest of the calendar was constructed. This event would be the beginning of a new year. Some of the pictograms were blank, to indicate that no constellation was visible on the horizon during these weeks.

It is clear that the people have been concerned with measuring the passage of time since we first looked at the sky. These are just some of the many examples of ancient calendars and astronomically aligned monuments from our ancient past, and they show that our stone age ancestors were concerned with reconciling the movements of the sun with the movements of the moon. In the next article in this series I will discuss the first known calendar systems. Those of the Sumerians and Babylonians.