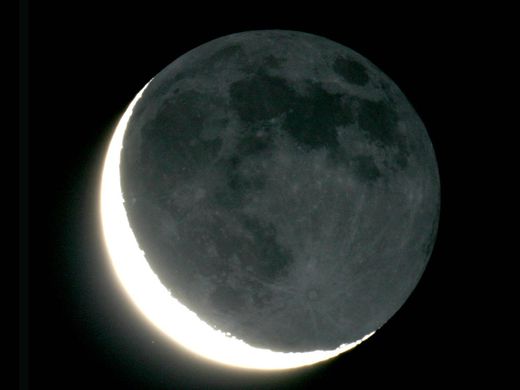 If you spend any time following this calendar you may have noticed over the last month that there have been a number of updates to the online calendar application. Importantly the way that months, years and leap months work has undergone some changes, and in this post I would like to explain why.

When I first created the calendar I did not know anything about astronomy or calendars. I had simply read a little on a few different subjects, and had the idea that a cyclical wheel of the year calendar could be created that followed both the moon and sun. Obviously I was learning as I was going along and in the early days I came up against a couple of problems that I simply fudged over.

The first was which were the leap years? When was the start of the metonic sequence? To answer this question I turned to other metonic calendars and based on the Hebrew calendar I believe that 2018 was the 5th year of the 19 year metonic cycle.

The second problem was where in the leap year did the extra moon/month belong? The coligny calendar included two possible additional months. One early, one late. Other lunar calendars only had one extra month. No matter where I placed it, the moon names would go out of sync with the seasons too. In the end I decided to simply extend one of the autumn months in a leap year, making the month two moons long.

At some point I was reading about blue moons and I read that there are 7 blue moons in a 19 year cycle. I made the association between the blue moon cycle and the metonic cycle and wondered if blue moons also occur in a 3323332 pattern. After spending some time writing code to calculate blue moons I discovered that they did indeed fit the pattern. Blue moons were the missing key to the leap months, and so I latched onto this idea and started changing the calendar to reflect this discovery, all the while forgetting that a blue moon is a full moon, yet a month is new moon to new moon.

With this new information I calculated that it must be year 17 of the cycle and made all the appropriate changes to the calendar. Also, now I had code to calculate blue moons I could add a lot of additional details to the calendar page. I made the update and was proud of my discovery. But it was not long before people began to spot oddities with the number of months this year. This year has a blue moon, yet the calendar was only calculating 12 months between winter solstices. I realised my mistake regarding blue moons and 13th months, and realised that while they are intimately connected, they are basically the exact opposite of each other.

The calendar and all the documentation has now been corrected and I can say with utter confidence that it is currently year 2 in the cycle based on genuine moon and sun calculations. I am sorry for my school boy mistake, but at least it is corrected now and the calendar is more accurate than ever. Interestingly this points out that the Hebrew calendar although it follows the 3323332 pattern seems to be out of step with it based on the actual moon and sun movements? I believe the reason for this must be events like what I am calling the  1961/62 metonic anomaly which is the subject of another post.

The inclusion on the calendar of the additional months to account for a leap moon in any season resulted in a reconsideration of the moon names. I was not happy with them as they were created by me, and did not work consistently across the entire 19 year cycle.

When the calendar was first created I debated if I should include the solar festival names. In the end I felt it was better if I did not as different traditions use different names. Instead I chose to use only symbols. I have decided to carry on this trend with months. The online calendar will continue to use astronomical moon names based on the season, but the calendar that ships will not include month names so that you can use whatever month names are appropriate to your tradition.

I know that making these changes has upset some people. I can only apologise and ask for your forgiveness and understanding that I am trying to create a system that is accurate and works. I felt now was the right time to address these issues before people spend money or time on a system that I knew had a couple of issues that needed to be addressed. I am pleased that these outstanding questions are also now answered.

In addition to solving these issues, calculating some of the wider cycles involved helps to not only bring accuracy but also reveals certain days within the metonic cycle as possibly special in some way. A full moon falling on a solstice for example, will happen on the same day of the same year in each cycle. When considered with the new ability to calculate exactly when a leap month or blue moon will fall, the calendar now has an entire new level of symbology and meaning to be explored which I feel will ultimately reveal new (perhaps forgotten) logical festival days. This is a subject I intend to explore more as this site develops and the calendar itself becomes more mature.

With this in mind, am I aware of any remaining issues with the calendar after this? Not really, no. I can’t see the system changing again like it just has. And with the advanced sun and moon calculations it now has in the background to check the system is working, I feel it is pretty much nailed down now. Having said that, here are my thoughts on “issues” for the future.

I think that is about it other than tweaking the layout. I expect the future of the blog to continue as an exploration of the meaning that can be gleaned from this calendar using the symbology and stories around the sun and the moon as a basis from which to work. Also I expect that other astronomical content may creep in too. I am aware of some very interesting work using the 20 Ogham trees as a zodiac calendar (not the Robert Graves 13 tree “lunar” calendar) which reveals some very interesting symbology between the trees and the seasons including a rather compelling proposed basis for the Oak and Holly king myth. Also there is ongoing work to discover the “zodiac of the Celts”. Should I become aware of anything highly convincing on this subject, I would also be tempted to add it to the calendar.

The truth is that while ever I am alive and this is my hobby, I will continue to learn more about the subject, seek to improve the calendar and find new uses. Perhaps I should write a post at some point on how you can use the calendar to tell the time, or perhaps how it can predict the tides. The Druid quest for understanding and knowledge will continue to drive this project on for some time to come, as there is so much to be explored.